It was initially created in General Lewis B. Parsons’ 1855 personal written Will: “I do therefore after payment of the foregoing bequests and the reasonable expenses of administration, give and bequeath the residue of my estate, together with my Natural History of New York and my small cabinet of minerals, to my said executors and the survivors or survivor of them. In Trust, to be by them used and expended in founding and endowing an institution of learningin the State of Iowa, or to be expended in enhancing an existing institution.  On October 17, 1874, steps were taken by the Synod of Iowa (south) of the Presbyterian Church. In a meeting in Keokuk, the subject of a school for higher education was discussed and a committee of 12 was established. Its Executives numbered three: Rev. Willis Craig, Rev. Carson Reed and Rev. John G. Armstrong.

Prior to this, the executors of General Parsons visited Iowa in 1869 and appointed a committee of three ministers: Rev. G. Sprees, Dubuque; Rev. John Armstrong, Muscatine and Rev. Willis Craig, Keokuk. Their job was to find a suitable institution or town in which to invest their funds which totaled $27,516.00. This committee was invited to Fairfield and things began taking shape. Land on the north side of town was designated as the future site of Parsons College. An existing mansion on the property served as a starting point. The grounds were landscaped and additional structures were raised. Funds poured in thanks in to the generosity of Mr. T.D. Foster and others.

According to the book,  “50 Years of Parsons College” by Willis Edwards Parsons, when  Andrew Carnegie was a youth he was involved with the construction of a railroad bridge in Keokuk. The minister of the church he attended was Rev. Willis Craig. A number of years later, it was Rev. Craig and the President of Parsons College who both visited Carnegie in New York to ask him to help build a library for Parsons College. Carnegie promised a gift of $15,000 for the library provided a like amount were raised by the college for endowment and upkeep. Sadly, the college board could not keep this agreement, Mr. T.D. Foster (Foster Hall) convinced Mr. Carnegie to drop his requirements. 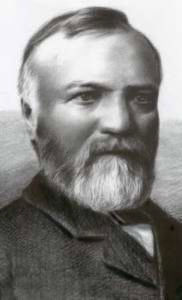 From 1873 to 1955 Parsons College was like many other small, rural, midwest colleges. History was unexceptional and reputation was purely local.  Parsons College grew slowly for more than 75 years. Generally speaking, it accepted anyone who wanted to attend. Most students were from Jefferson County.  Parsons had little endowments and many deficits. In the early 1950s enrollment was only a few hundred. Its bookkeeping was rife with financial hardship. Time for action. The college trustees met and adopted a “Fifteen-Year Plan” to “develop” the college. It also appointed Millard G. Roberts, a Presbyterian minister from New York City as college president. He had no experience in educational administration but the Trustees believed he had the ability to promote the college, raise more money, attract more students and possibly run the college more efficiently.

Throughout the twelve years as college president, continued controversy reared its ugly head. On ther positive side, a nationwide campaign was set in motion to attract students. Enrollment grew from 350 to more than 5,000.  As such, income skyrocketed and most select professors were paid salaries said to be second-only to Harvard University.

To make summer months profitable, Dr. Roberts created “The Parsons College Plan”. Three summer months would be broken into two short semesters where most students could take two classes in each semester. To entice things, if a student had a 2.0 GPA or higher, he or she would get a partial monetary scholarship. Going to college in the summer usually meant one could graduate from college in less than four years. This attracted many students.  The Parsons College Plan also included academic help in all areas. A ranked professor taught a three credit course with three hours per week of lecture class. A professor with a Masters Degree would have a small classroom  seminar two days a week to review lecture notes, add weekly quizzes and a tutorial.

According to Parsons’ records, varsity football was the most popular sport. But in the 1960s, baseball and basketball were top notch too. Organized football was said to be played at Parsons College for 78 years (1893 – 1971). The very first game was played on September 16, 1893 against Elliot Business College in Burlington, Iowa. Parsons won 70-0. In 1966, a new bowl stadium was built on the northern area of campus by the new Greek dorms. It seated 5,000 fans. Who was Parsons’ top rival for 70 years?  It was Iowa Wesleyan. A total of 60 games were played. Parsons won 34. In all, Parsons’ varsity football teams played over 600 games. In the sixties, the team was invited to play in Hawaii’s Hula Bowl and Texas’ Pecan Bowl.

Varsity basketball was also very popular. Parsons College played in league competition through 1962-63. Other small colleges in Iowa did not particularly enjoy competing against Parsons because they were so good. In its 1961-62 season, the talent-filled squad included our own Ken Rice. It finished with a 13-3 record and finished second in the Iowa Conference to powerhouse, Buena Vista College. Al Wardlow, Roger Sherrard and James Taliaferro all surpassed 1,000 points scored in their Parsons hoop careers.

In the 1963-64 season the Parsons Wildcat hoopsters competed “non-league” against some of the best schedule-available colleges in the midwest plus some from past league-play. At season-end their record was 13-12. Many of the games were close. Their biggest win was over St. Ambrose College by 24 points. Their biggest loss was by 47 to Western Illinois University. No matter. The Parsons College Wildcats never quit.

Over decades hence, when you mention you played sports for Parsons College most listeners always showed respect often with a huge dose of admiration.  By 1964-66 when enrollment surged past 5,000, Parsons sports participation also grew. Besides baseball, wrestling, golf, cross-country and track & field, new team sports included fencing, tennis, skeet, soccer, fencing and parachuting. Lastly, a huge non-college sport participated in by many was weekend motorcycle motocross. 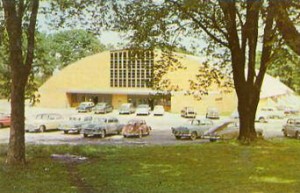 A year or two prior to 1965, enrollment totals were said to be “met”. There were also semesters when over-enrollment took place. In the 1962 first summer trimester the college then could support an enrollment of around 1,200. A matter of days after the trimester began, the college announced that anyone living on campus could move off-campus – regardless. To some of the new male students, Howard Dormitory was noisy. Most rooms supported three. Homes near campus  were sometimes owned by the college and usually had an older student as the dorm manager. A two-person room usually cost $30.00/month without meals. But one could pay a semester fee to eat three scheduled, buffet-style meals at the on-campus cafeteria. This was not mandatory. One could pay tuition to attend classes then pay out-of-pocket for lodging and  meals. Other students with either larger budgets or more friends could team up and rent an apartment in town. Many did.

It has been previously said that the Parsons College Board of Trustees once placed a limit of 3,000 students at any given time. By 1967, Dr. Roberts had created the Parsons College Building Services, a construction company,  who built dorms and other housing facilities in 1968 called “Quads” for fraternities and sororities. Being young, many students could not compare these new on-campus living facilities to other such college quarters. But they were splendid. Most Quad rooms were designed for either one or two students. There was a permanent bed, desk, closet, sink and medicine cabinet. Each room was carpeted and had a 2’ X 4’ twist-open window near the sink. Most students felt that a better, more comfortable, safe, on-campus living quarters – there wasn’t. 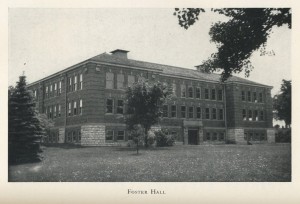 All things considered, there weren’t any racial concerns in town or on campus. Students were at Parsons College to be educated, to mature, and to have friends within all faiths and races. A few lots south of campus near the “Old Gym” stood “Cassett House”. It was living quarters and a gathering place for African Americans. As the semesters passed the Fairfield landed gentry who rented homes and apartments to students of all races became comfortable with all of the superb athletes and minority students. Thus college age renting for most anyone was not a problem in Fairfield, Iowa (non-college, civilian population 2,500).

It has been stated that at one time, transfer students made up about 43-percent of the student body. The lowest it ever got was said to be 22-percent. In any event at-large media somehow thought 43-percent was a sign that Parsons College was a place where dumb students could be admitted – if they first attended another college or not. Going a step further, select media began calling Parsons College a place for “dumb, rich kids” – or – “rich dumb kids”.

Its been unofficially stated in the past that “70-percent of students who entered Parsons in the Fall of 1960 left the school by the end of their second year”. Hard to imagine why. But on the other hand, thanks to those departing there was incoming room for others. But compare 1960 to 1963-64-65. Large difference to the positive, say many.

The college also had a loose retention policy meaning if one did not have a 2.0 GPA or higher, chances are semesterly retention was assured. But if a student was at 1.0 GPA or less, it probably meant said student was not attending class often.

Parsons College truly had an abundance of no-cost undergraduate tutors to help marginal students improve academically. Most did but if one was a slow reader with low retention, all the tutoring in the world would not help – or at least not enough.

The Parsons College male-to-female ratio for years was said to be “4 males to 1 female”. But you know, if an alumnus “in-the-know” wrote a book on the last 25 years of Parsons College social life, it would probably be a fun-to-read “Best Seller”.

As such or even so, the campus was “dry” as was the State of Iowa on Sundays. Co-eds had “hours” meaning mandatory dorm hours – complete  with nightly sign in/out and monitoring. Yearly campus celebrations including Homecoming parades, Greek Week with chariot races and “Town & Gown” events via the Parsons College superb Drama Department  for sure enhanced cultural life in Fairfield.

Why Did Parsons Close?

Initially, it was a combination of reasons. Perhaps some academic competition from other colleges.  Perhaps its over-building of campus housing by its own construction company which sent its bookkeeping into the red. For sure the discouraging, alarming effect of a story in Life Magazine caused student enrollment to drop – furthering its bookkeeping woes. In short order, its academic and operational accreditation was removed by the NCA. Within a few years it was reinstated but its now lack of needed student tuition income caused creditors to take action.